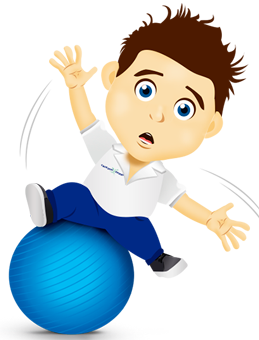 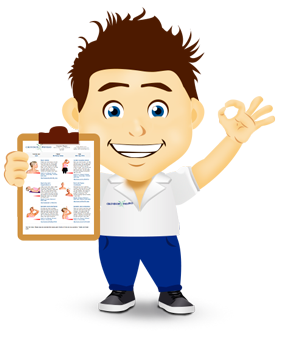 Golfer’s elbow can cause inflammation and pain in the tendons connecting the forearm and the elbow. The pain is centered around the bony bump on the inside of the elbow and can end up radiating into the forearm. It is often treated by resting the injured area. Golfer’s elbow is often caused by overusing the muscles in the forearm used to grip, flex the wrist and rotate the arm. Repetitive gripping, flexing and swinging can all cause small pulls or tiny tears in the tendons.

Regardless of the name, the condition doesn’t just affect those who golf. Any repeated movements in the wrist, hand or forearm can lead to the condition. Risky sports like bowling, tennis and baseball all lead to this condition. People might also get the condition from painting, raking and using a screwdriver or hammer.

Medial epicondylitis is an inflammation where the tendons in the forearm are attached to the bony part of the inner elbow. The forearm muscles are attached by tendons to the bony prominence on the inside of the elbow, and this is a common tendon so its formed from many muscles, and this tends to the reason why it can be under so much strain.

The tendon can become strained during a golf swing, but numerous other movements can also injure the tendon. It is characterized by tenderness and local pain in the elbow. Range of motion isn’t affected because the inner joint in the elbow isn’t affected. Activities requiring straining or twisting can elicit pain and cause the condition to worsen. 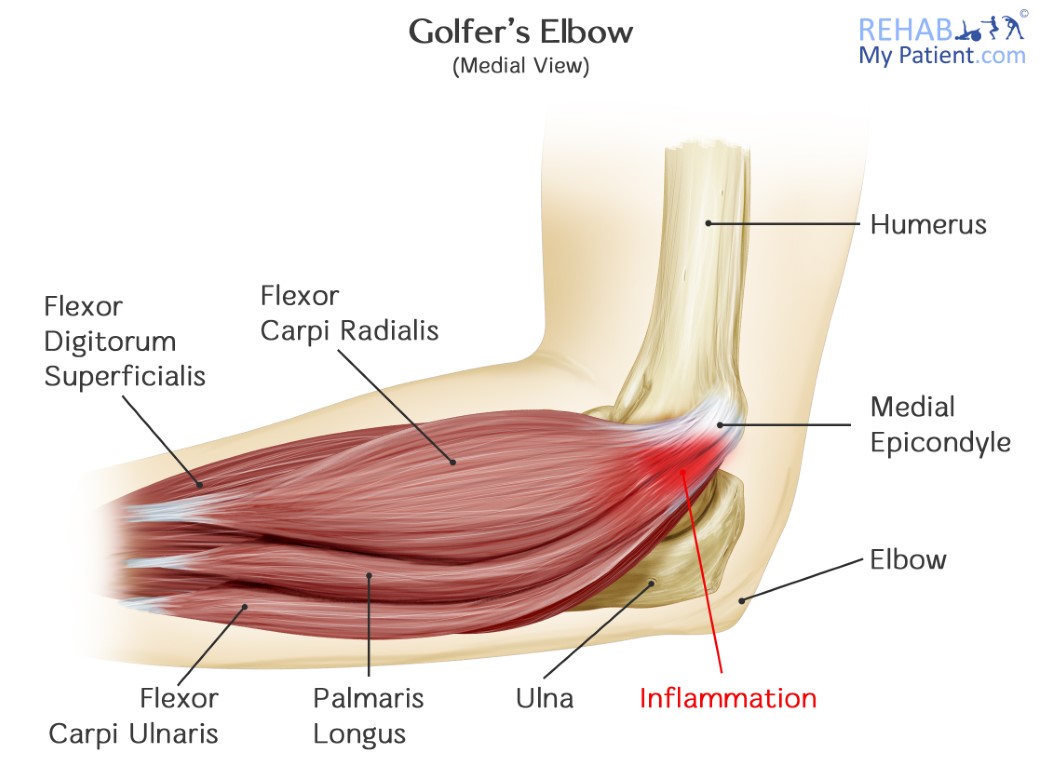 How to Treat Golfer’s Elbow:

Apply ice for five to ten minutes at a time for three to five times per day. Doing so will help to alleviate some of the pain and swelling in the joint. Don’t just ice for 2-3 days though, as golfer’s elbow is a very chronic condition, so expect to ice the area for up to 6 weeks or in some cases longer.

Allow the injured elbow to rest for a minimum of a few weeks. The last thing you want to do is cause further injury to the elbow from overusing it and not providing it the time it needs to heal. Work out which activities are causing the problem and stop them. It’s easy if you are a golfer, stop playing golf for a few weeks. But if you are not sure of the cause, look very carefully at your lifestyle to see if the problem is caused by any fine fingers or wrist movements such as typing, needlework, or playing a musical instrument.

An anti-inflammatory medication can help with reducing swelling and pain. Topical medications might also prove useful. Injections of a painkiller can help to relieve swelling and pain in the short-term, but they don’t have a lot of long-term effects so only use these if the pain is acute. Instead look at more natural alternatives.

A steroid injection is certainly worth considering if the pain is uncontrollable, or the elbow just isn’t improving with conventional treatment. Steroid injections are not for everybody, with some suggestion that repeated injections can weaken the tendon sheath. But the steroid is a strong anti-inflammatory that can hit the pain and inflammation effectively.

Ultrasound, TENS, shockwave, and acupuncture can all be used successfully but they might not work for everyone.